19 Sep Bioprotein production is perking up in Russia

Posted at 08:20h in news by itadmin 0 Comments
Russia may overcome a shortage of protein on its domestic feed market thanks to several independent projects working on bioprotein production.

In the Soviet Union, the first production of feed protein from hydrocarbons took place in the 1970s. In total, the country built 12 plants with a designed production performance of around 1 million tonnes per year. This was close to 70% of the world’s bioprotein production at that time. The importance of the bioprotein industry in the country was comparable with that of the nuclear industry, since it allowed the Soviet Union to be self-sufficient in feedstuffs.

Studies on safety and efficiency were not adequately conducted

All plants manufactured either Paprin – single-cell protein yeast grown on liquid paraffin medium – or Gaprin – inactivated biomass of methane, oxidised bacteria Methyllococcus capsulatus. Studies on safety and efficiency were not adequately conducted, which resulted in horrifying outcomes in the case of Paprin.

Meat obtained from animals fed with Paprin contained an accumulation of abnormal amino acids that were incorporated into the membranes of nerve cells, thus disrupting the process of conducting a normal nerve impulse.”

Paprin had a devastating impact on animal health

This product disturbed the hormonal and water balance, causing the formation of oedema all over the animals’ bodies, the Russian Business Consulting agency reported, citing research by the Bashkiria State University. Meat obtained from these animals was causing flare-ups of chronic diseases in consumers. “Meat obtained from animals fed with Paprin contained an accumulation of abnormal amino acids that were incorporated into the membranes of nerve cells, thus disrupting the process of conducting a normal nerve impulse,” said Raisa Bashirova, senior researcher at Bashkiria State University. She added that it was even dangerous for humans to work with Paprin: “The workers at the plants and local residents were developing diseases such as thrush and bronchial asthma.”

In the 1990s, almost the entire production of bioprotein in Russia was stopped. Gaprin, although it had proved to be safe and efficient, could not compete with rather cheap imported protein feedstuffs, which began to land on the local market in large quantities. Now, several decades ­later, bioprotein production in Russia seems to be getting a second chance.

The Russian company Metanica has recently presented a new generation of inactivated protein biomass based on methane under the brand name Metaprin. The production technology differs from that used in other similar projects around the world, and is in many ways, superior to that used for Gaprin production several decades ago.

Metaprin is designed primarily to replace fishmeal in the diets of poultry, pigs and cattle. Photo: Bert Jansen

“We do not use external recycling of cell culture fluid and we work with air, not oxygen, which delivers energy savings and this is one of the main components of the production costs of bioprotein,” said Nikolay Kutafin, development director at Methanica. “The company has also abandoned airlift mixing, which inhibits the cells of microorganisms. Besides that, the production site does not have a cooling circuit in the fermenter, and there is no post-fermentation gas, which makes it possible to produce a tonne of protein using no more than 2000 cubic metres of gas,” he added. The company also uses several different strains of bacteria, each of which performs an important role. “All the internal laminar-vortex motion of the cell culture fluid is carried out thanks to the use of a specially developed mixing aeration head,” Kutafin explained.

Fishmeal is the main competitor of Metaprin

There is a shortage of protein ranging between 1.5 million to 2 million tonnes per year in Russia. Metaprin is designed primarily to replace fishmeal in the diets of poultry, pigs, and cattle. “Fishmeal is the main competitor of Metaprin. However, Metaprin is superior in terms of protein, amino acids, vitamins and microelements. It has sustainable quality. Its production and composition characteristics do not depend on weather conditions and the time of year and its use is more convenient for livestock workers,” Kutafin said.

Metaprin is safe for humans

In Russia, fishmeal is of uneven quality, even within a single consignment, and sometimes it appears to be adulterated. “Metaprin is added to feed at levels ranging from 2.5% to 30% of the total product mass. One tonne of metaprin can balance the protein content of 20 tonnes of feed,” Kutafin said, adding that meat products obtained from animals fed with this type of bioprotein are absolutely safe for humans, which has been confirmed in multiple studies, including in the European Union.

Ramping up production of protein biosynthesis

The company is working on an experimental 100 m3 plant for protein biosynthesis, with production capacity up to 4000 tonnes of protein per year. “We envisage a modular approach to plant construction. It allows us to quickly ramp up production by putting new 100 m3 fermenters into operation,” Kutafin said. Some big investment groups in Russia have already expressed an interest in the new technology, mulling plans to build a plant with a designed production performance of 50,000 tonnes per year. 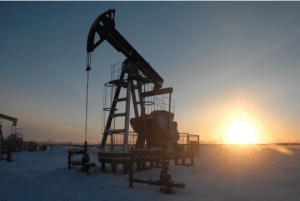 Russia is the world’s largest producer of oil and gas. Photo: Gazprom

International interest in the technology

The country is also among the world’s leaders in terms of oil, gas, and coal production, which opens opportunities for protein biosynthesis from methane. “When we talk about oil and coal production, we are talking about associated petroleum gas and coal mine methane – which is often burned or emitted into the atmosphere, causing significant harm to the environment. We are developing, among other things, mobile complexes that can operate in remote locations during oil production,” Kutafin said. Metanica aims to promote its technology not only in Russia but also abroad. “Quite a few requests to use our developments have come from abroad. Our team sees itself as an integral part of humanity, and so our technology and products will be available all over the world,” Kutafin said.

Metanica is not the only company in Russia interested in Bioprotein. In 2019, Protelux completed a 6,000 tonne per year methane-to-feed-protein plant in Russia, based on technology from the Danish company Unibio. 4 fermenters encompassing methanotrophic bacteria that absorb natural gas have been constructed as part of the Ivangorod facility not far from the Russian border with the European Union, the company said in a statement. The Danish company’s U-Loop technology enables natural gas to be converted into a single-cell protein – UniProtein – to be further used in feed.

These methanotrophic bacteria consume the C1 connections in the methane gas in order to grow. They are transformed into protein granules thanks to a traditional downstream process. This patented technology is a vertical pipe structure that provides optimal growth conditions for the bacteria. This is a more efficient and faster way of fermenting than horizontal, conventional bioreactors. Protelux has invested some $ 35 million in this project.

The company has also unveiled plans to build 10 similar plants all over the country in the next decade with a designed production capacity of 100,000 tonnes per year each and with expected revenues of over $ 1.5 billion. If these plans work out, Russia will be able to swiftly regain its position as the world’s leader of bioprotein production. In 2017, it was announced that the second plant was to be launched in the Alabuga special economic zone in the Tatarstan Republic, Russia. The investment cost was estimated at Rub 18 billion ($ 270 million) and production is expected to reach 100,000 tonnes per year (to be obtained from 180 million cubic metres of natural gas). In April 2018, the company also signed an letter of intent with the government of Astrakhan Oblast, Russia, to build another 100,000-tonnes plant for Rub 10 billion ($ 135 million). However, there was no further progress on either project over the past few years. There is no information as to when these 2 plants might become operational.

There are good prospects that the new bioprotein projects will succeed. Nevertheless, this could be difficult, given the expanding fishmeal and soybean meal production capacities in Russia, commented a source in the Russian feed industry. Besides, the biggest agricultural holdings are struggling to achieve complete independence in feedstuff, so they are not very interested in bioprotein, he said.

Fishmeal
During the past few years, Russian production of fishmeal has been limited to 100,000 tonnes per year. This figure is forecasted to triple over the next few years, as the Russian government has embarked on reform of investment quotas in the fishing industry, offering fishermen quotas in exchange for investments in new vessels or processing infrastructure. Under this programme, Russian fishermen will put 23 fish-processing plants into operation in the next few years, including plants for fishmeal production.

Soybean meal
Russian soybean production totalled 3.08 million tonnes in 2019. This figure has increased by a factor of 3.5 over the past decade and further growth should expand soybean meal supplies for the Russian feed industry.